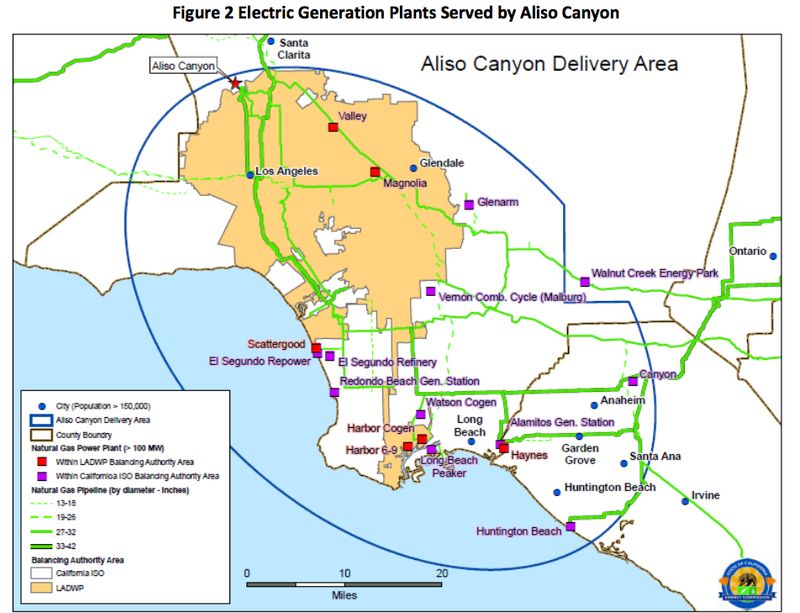 This week, the California Public Utilities Commission, the California Energy Commission, the California Independent System Operator, the Los Angeles Department of Water and Power, and Southern California Gas Company released the Aliso Canyon Risk Assessment Reportregarding the reliability of the power grid for summer 2016.
In the wake of the largest gas leak in US history, we are beginning to learn its far reaching affects for our region. SoCal Gas’ negligence in maintaining their infrastructure has left everyone with two unacceptable options: either they inject gas into their facility that has not been independently inspected or declared safe, posing an immediate risk to thousands of local residents, or we endure scheduled rolling blackouts in a region known for its extreme temperatures during the summer months potentially risking the lives of our most vulnerable.
This announcement comes on the heels of SoGasGas’ parent company, Sempra, paying out millions in bonuses to their top executives – this is appalling.
–Mitchell Englander, Councilmember Twelfth District

More info about the pending rolling blackouts can be found here: LA Can Expect Blackouts This Summer Thanks to Porter Ranch Gas Leak