Pacoima Neighborhood Council  ›  L.A. to require that stored handguns be locked up or disabled

L.A. to require that stored handguns be locked up or disabled 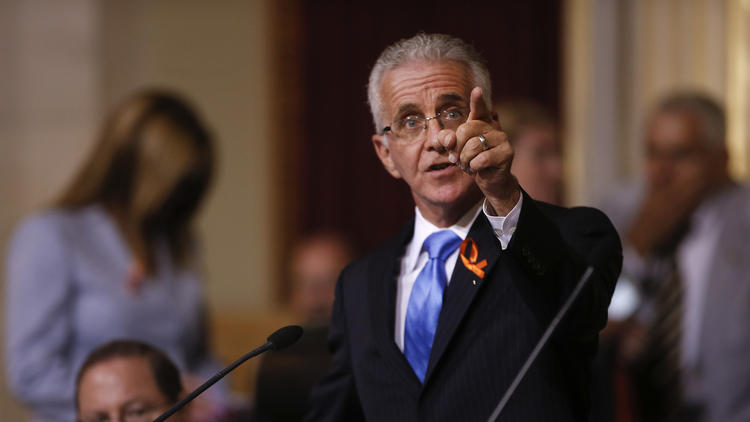 Los Angeles lawmakers voted unanimously Tuesday to pass a new law requiring Angelenos to lock up or disable their handguns at home if they aren’t close at hand.
In an impassioned speech before the vote, City Councilman Paul Krekorian argued that the new rules would help prevent deadly accidents and youth suicides by stopping the guns from falling into the hands of curious children or despondent teenagers. Krekorian said more preschoolers are killed with guns annually than police officers.
“It’s unacceptable to live in a country where it’s more dangerous to be a preschooler than to be a police officer — and we can do something about that today,” Krekorian said.
Under the new law, Angelenos who violate the storage requirements could face a misdemeanor charge. Gun rights activists have warned they may sue over the rules, arguing that city lawmakers shouldn’t decide how people choose to protect themselves in their homes.

L.A. is already being sued over another gun control measure passed this year — a ban on firearm magazines that hold more than 10 rounds of ammunition — on the grounds that it is preempted by state law. Attorneys for the National Rifle Assn. have raised similar arguments about the storage law.

The Council had already voted in favor of the gun storage rules earlier this year, but city lawyers still had to hammer out the final wording of the ordinance.
Under the law, handguns must be locked up or disabled with a trigger lock unless they are “within close enough proximity and control” that the owner or another legally authorized user can readily retrieve and use them “as if carried on the person.”
That wording was added partly to reassure the police union, which had raised concerns about whether retired officers would be able to quickly access their guns and pushed for an exemption.
It is unclear exactly what the rules could mean in specific situations — for instance, whether someone could sleep with a loaded gun on his or her nightstand.
The question of whether someone was in control “would be a case by case, fact-based determination made by a court,” said Rob Wilcox, a spokesman for City Atty. Mike Feuer.
Krekorian said police won’t be going door-to-door to examine how guns are stored but could encounter violations while reacting to other calls or in the aftermath of a shooting.
Before the Tuesday meeting, a Krekorian aide emailed gun control activists saying that Councilman Mitch Englander’s office had sought to delay the vote on the gun storage rules. Englander said that wasn’t true and reiterated that he firmly believed the law was necessary.
“This is less about gun control and simply more about controlling your gun,” Englander said before the council voted 14-to-0 for the new law. “It’s really that simple.” Councilman Gil Cedillo was absent.

Krekorian and Englander stood side by side at a news conference after the vote, where Englander attributed the talk of a delay to “a miscommunication.” Mayor Eric Garcetti plans to sign the law, which would go into effect 30 days after he does so.
http://www.latimes.com/local/lanow/la-me-ln-gun-storage-20151027-story.html