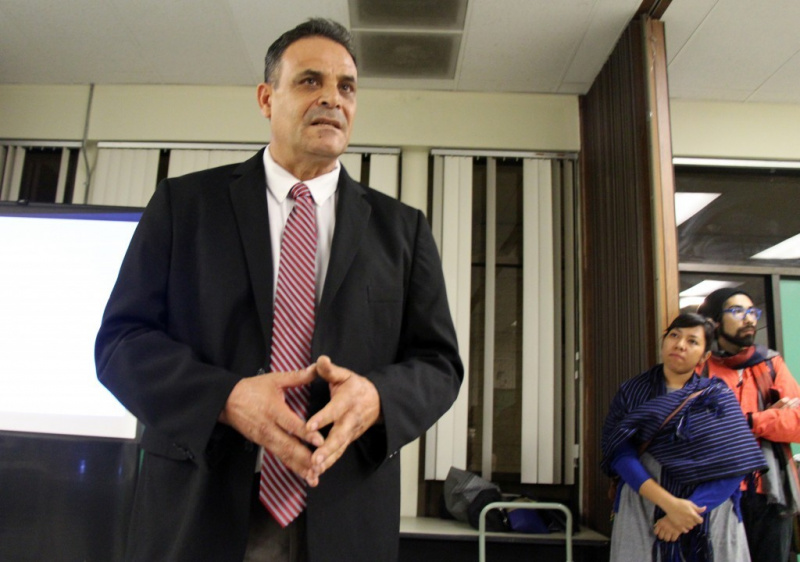 The Pacoima Neighborhood Council announced  its opposition to the controversial bullet train route that may cut through Pacoima at its monthly meeting at the Pacoima Community Center.  The president alongside the neighborhood council addressed a full room at Wednesday’s meeting, which was attended by Councilmember Felipe Fuentes, the mayor of San Fernando, representatives from Assemblymember Patty Lopez’s office and the High Speed Rail Authority, and residents from Pacoima and nearby communities.
“If you are here to oppose the high speed rail, well, we’re not even here to even entertain that,” said Pacoima Neighborhood Council President Michael Gonzalez.
“Our contention is we want the best route, a fair route, that affects the least amount of people.  And we, our community thinks this is not the best place to do that,” he said.
About 100 people showed up to this meeting, most to also state their opposition to the proposed route that will dissect Pacoima along with Sun Valley, San Fernando, and Sylmar at up to 200 miles per hour.  Items on the agenda were bumped up on the agenda, (specifically, high-speed rail) so that issue can be addressed. Politicians’ presentations turned into a Q&A, and a few outbursts from the public caused Gonzalez to call for order.

Ricardo Benitez, representative for Assemblymember Patty Lopez, avoided speaking about his statements made January 13 at a rally against the bullet train, where he said Lopez supported the SR14 route, which would pass through Pacoima. Photo by Alexander Camarillo/ El Boletín.
The meeting became more tense when Gonzalez publicly confronted Ricardo Benitez, Assemblymember Lopez’s representative,  about the statement he made last week at the foothill community’s rally that Assemblymember Lopez supported the route going through Pacoima.
You can find more information about the Palmdale to Burbank routes by clicking here.
Although Lopez released a statement the day following the foothill rally saying she has not taken a position on the matter, Benitez avoided the question about Lopez’s position by repeating rhetoric that Lopez is new and is still learning the ropes, and even tried throwing Councilmember Fuentes under the bus.
“That was in the past, so now I am giving my statement today,” said Benitez.  “Even Mr. Fuentes said that he wants it over there in [along Highway]14 so, I’m not saying I am in the same position but that’s my presentation,” he said, then scurried away.
Councilmember Felipe Fuentes said he needs more information to take a position on any route proposed, yet he was hopeful the project will help improve areas along San Fernando Road if that route is chosen. Photo by Alexander Camarillo/ El Boletín.
Councilmember Fuentes, however, stuck with his neutral position saying he needs more information from the High Speed Rail Authority to make a decision but implored the community to let their voices be heard as the process moves forward.  He said he does not know which benefits the project will bring, but went so far as to throw “what if” scenarios like cleaning up the railing along San Fernando Road and removing some of the junk yards in Sun Valley.
“But I can’t say today that any of this is worthy of our consideration yet because we have to let the process go forward,” Fuentes said to the crowd and implored them to be involved throughout the process.
“If we get out of our conversation, then what happens then?  The decision will be made, with or without us,” he said.
Gonzalez had the final word before public comment was opened.
“Our contention is, we’re for the best route, a fair route that affects the least amount of people though,” he said.   “And we contend that if we build it down San Fernando [Road], we build this huge wall, a sound wall dividing our community, that is the worst option, that is the worst route.  Take that off the table.” 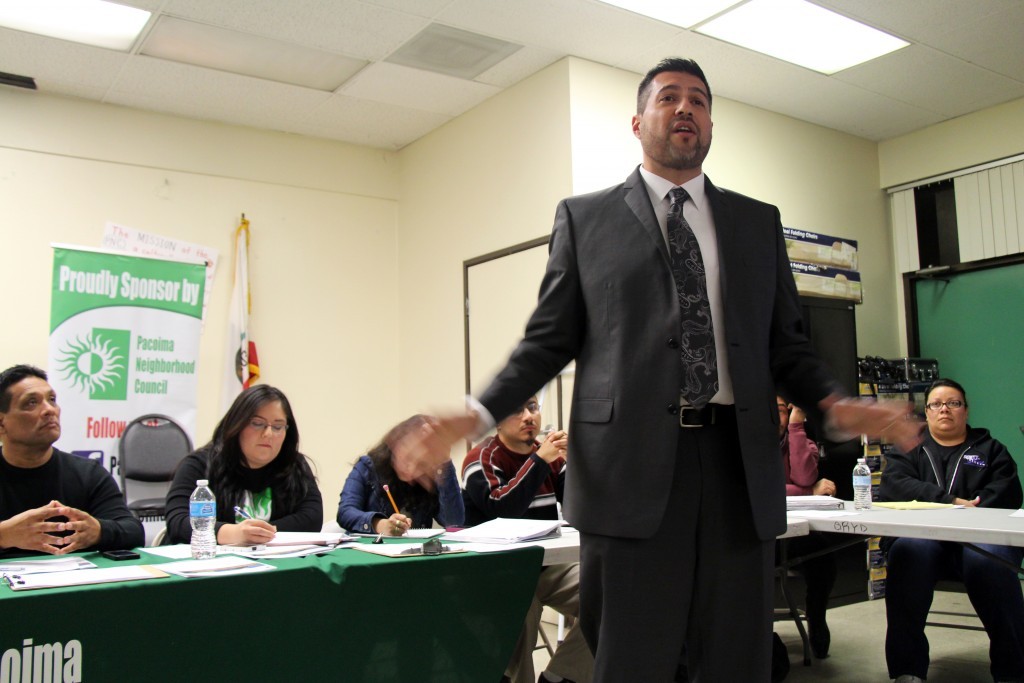 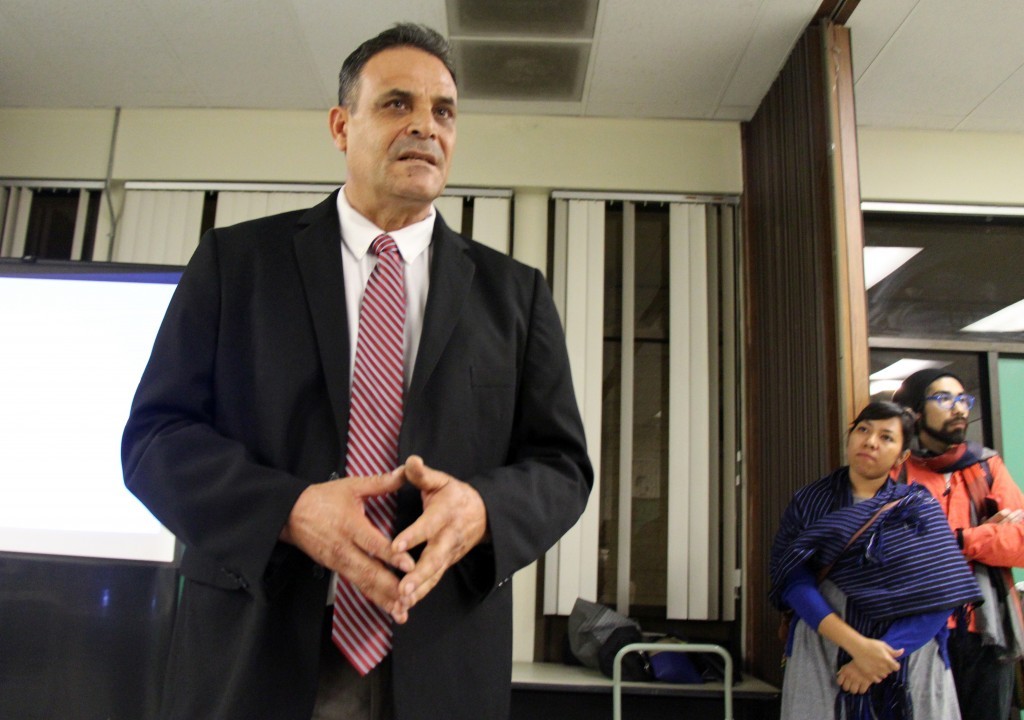